At 8:00 pm Wednesday evening, November 19, 1913, 70 citizens from the local community met in Paist Hall with the goal of organizing and incorporating the Llanerch Fire Company.

Our first Board of Directors elected that evening consisted of President H. H. Aikens; Vice-President William B. Cohen; Secretary Thomas B. Young and Treasurer H. V. Gunmere. Sixteen Directors were elected to serve on a four-year rotation.

We had one piece of apparatus – a hose cart – loaned to us by the Lansdowne Fire Company. It was housed in the stables of William J. Roberts – later Robert’s coal yard and now the Burger King site in Llanerch. Roberts also provided the horses to pull the cart for the first year free of charge.

The following month, the first meeting of the Board of Directors took place at the real estate office in Llanerch where George H. Fetters became Llanerch’s first Chief. First Assistant Chief was Charles G. Burns and the Second Assistant Chief was William F. Thompson.

In March of 1914, the Baldwin Locomotive Works donated three steel tires to be used as gongs to alert crew members of fire alarms. These were our first ‘sirens’ which were subsequently located at Moore’s Store (West Chester Pike and Manoa Road); one on West Chester Pike just west of the trolley station and the third at City Line Avenue and West Chester Pike. The March meeting also marked our official joining with the Delaware County Firemen’s Association.

By the end of the first year of operation, we had breached several milestones: There were 223 community members and an active crew of 15. We had purchased a fire wagon from Lansdowne fitting it with over 1100 feet of hose and other equipment. This enabled our community members to avail themselves of a 20% insurance discount through the Underwriters. After running regular entertainment evenings and our first annual fair for the local citizens, the Company had sufficient funds to serve as the nucleus for the purchase of land at the intersections of West Chester Pike – Lansdowne Road and Coopertown Road. This would become the site of the Llanerch Fire Company station and hall where it has remained ever since.

The Company continues to serve the Llanerch community and the Township of Haverford with pride, professionalism and dedication for what is now approaching our 100th year. Our current equipment consists of a Pumper, Telesquirt, Ladder Tower, Mass Casualty Vehicle and two fully equipped ambulances. We also utilize an emergency cart for on-the-scene mobility in transporting victims and/or equipment and manpower from one site to another as required. 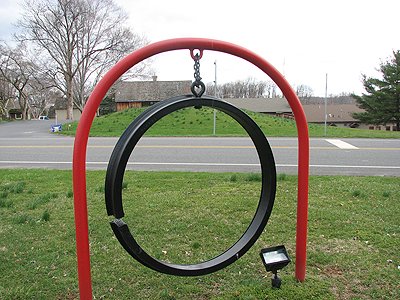